On y va à Paris: Our fair preview of the Cosmetic360 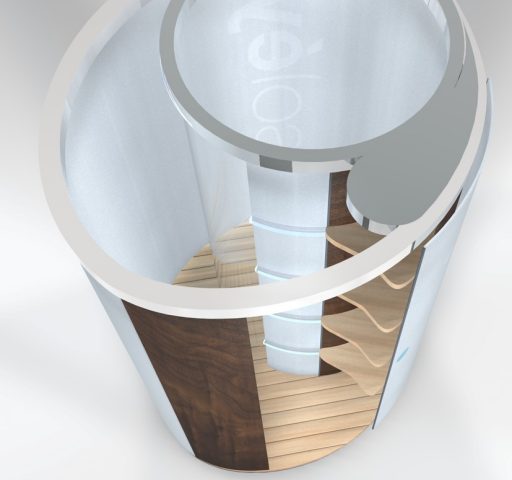 Since we are asked again and again, how we came up with the idea of a sunscreen shower, we have decided to write our previous story quite simply as a blog post.

The Julie Soléy GmbH consists of Julia Englert, Carsten Conrad, Patrick Roessler and Daniel Szkutnik. We are committed making sunburn prevention easier, more effective and more comfortable. No more strange body contortions to get to your own back, no greasy hands or sunscreen on the swimwear anymore. This applies to children as well as to adults. Our fully automated sunscreen shower makes sunscreen for the skin as simple as showering, ensuring seamless all around protection within seconds. The sunscreen shower should be installed in the pool or beach area of 5 * star hotels and beach clubs as well as on the sundecks of the cruise lines. Through our capsule system, we can offer a wide range of sun creams from different brands with different types of sun protection factors. So we, or the hotel, which puts the sunscreen shower and sells the capsules to its guests, can respond to the individual needs of the guests.

How did the idea of a sunscreen shower come up and how did we come together as a founding team?

It was more of a coincidence than planned by the drawing board. Julia, Carsten and me (Daniel Szkutnik) know each other from our joint MBA studies, which we all did in addition to our full-time jobs. We had the lecture business planning in the penultimate semester, which was really just about learning how to write a business plan. But first, we needed a creative idea. In the brainstorming, which we did altogether together, the thought came up that we all really don’t like the manual application with sunscreen. This fitted absolutely to the outside temperature in the summer of 2015. Five minutes later, the rudimentary idea to build a device that allows it to be sprayed automatically with sunscreen was born. That's how the first sketches of a product concept design with a viable business model began. Idea and business model were very popular not only appealing to our professor, but also to friends and acquaintances. We quickly realized that there was just something about the subject and that it was worth pursuing it. In addition to our jobs, we have been working on the concept for more than a year, establishing networks with design agencies, prototypes and series manufacturers in Germany and abroad, and also taking part in the first pitches. Then in June 2016, we decided to tackle the project with full risk. Carsten has quit his job as a corporate consultant for a cooperative bank and I (Daniel Szkutnik) have reduced my job as managing director in a large communication agency to a minimum. Julia initially stays in her job as global product manager for a large chemical company until the financing of our startup is assured. Finally, our technician Patrick joined us in November 2016. He was a stroke of luck für us, as we have been looking for technical reinforcements for months. If you have only business people in your startup team, nobody – especially in Germany – believes in your technical competence, which is needed to think through the product, to build the first prototype, as well as to manage the co-working between product design agency and prototype / series manufacturer. Patrick had just been on the lookout for new challenges and came across the tip of a friend of us and was immediately on fire.

Why did we decide to start a business?

It is probably a mixture of self-realization, the spirit of discovery and the joy of developing something really new. Probably those are the trigger, in order to break out of the existing, good jobs and want to create somethink on our own. In addition, there is this feeling of being permanently in the flow state while work. This drives you up incredibly and gives you the feeling to be able to master any problem. Important is the team spirit. The trust between us founders is huge and we know, that we can rely on each other blindly.

What have been the biggest challenges so far?

Fundraising. A startup is working on this steadily. Especially in hardware development, the cost of materials is initially much higher than in IT startups. We founded in March 2017. In May 2017 we convinced the Investment and Structural Bank to be our first investor. The construction of the first prototype we started in November 2016. Starting with a first wooden model pre-prototype in the cellar of a friend. Staying in a small office in the communication agency trio-group up to our first real workshop with offices in Neustadt/Weinstraße. During this time, we have almost gotten our prototype to production maturity. Control of axes and nozzles, sensors, modular frame, and so on, we have developed everything ourselves. Even so, the first capsule forms. The 3D printing technology helped us a lot. Designing individual parts yourself and printing them within a few hours has enormously accelerated our prototyping. We are already in concrete talks with well-known sunscreen manufacturers, which we were able to enthuse about our product idea.

Do hotel and cruise line manager like the sunscreen shower?

The idea is very well received by hotels. In order to determine the specific market requirements, we flew to Greece and the United Arab Emirates in September/October 2016 and visited the hotels that fits right for our product. We asked straight to get some minutes for an interview with the hotel manager. In this way, and with additional telephone interviews with Spanish and German hotel managers, we were able to speak directly with the purchasing decision-makers personally, gaining important insights into the hotel industry and, above all, making initial sales contacts (see our hotel study). The results were overwhelming: almost all hotel manager found our idea and the first concept drawings very convincing and we could already win 12 hotels to set up first pilote projects in future. However, in addition to the hotels as buyers, tourists / guests – as user of the sunscreen shower – have to accept the benefits of our product. So, we condected an user study in which we have interviewed 357 potential users. Here, too, the result far exceeded our expectations. More than 80% of the participants find the manual application with sunscreen troublesome and would use our sunscreen shower once or several times a day.

How exactly does the sunscreen shower work?

First, the guest buys either at the reception or directly at the sunscreen shower on the machine, the sunscreen capsule with the preferred sunscreen brand and the appropriate skin type sun protection factor. The guest enters the sunscreen shower and closes the door behind herself. Now she can undress and store her valuables. The capsule is inserted in the device provided and the START button is pressed. A display instructs the guest to enter the inner cabin. Then, the guest enters the inner cabin of the sunscreen shower. The sensors in the cabin automatically measure the body size of the user. This ensures that the sunscreen is evenly applied to the body and the head is recessed. Thus, no mist gets into the eyes, respiratory tract or hair. To ensure this, we have developed our air shield in addition to accurate nozzle control. This means that a fine stream of air at the level of the guest's clavicle is expelled. Another advantage of the air shield is the automatic drying of the body by moving down the body of the user from shoulder to toe after spraying with sunscreen. Thus, the manual application by hand is completely eliminated. After a few seconds of application, the guest puts on her swimwear again and enjoy the day in the sun. The sunscreen shower cleans itself after each application by itself. Hygiene is an essential component of our product. Therefore, the interior walls of the cabin are covered with a nano coating, so that sunscreen residue can be completely rinsed off.

How far are we with the development?

We are currently in the final phase of building our second prototype and plan to be finished by end of February 2018. It will incorporate all the essential features of the final product and is ready for the first small. Things that we want to put on afterwards are, for example, the possibility to digitally monitor our sunscreen shower in order to register failures and to be able to support the hotel staff quickly via remote diagnosis. In addition, with our data analyzes, we strive to automatically send the appropriate capsules to the hotels straight before they need them, even before the hotel's stock comes to an end. 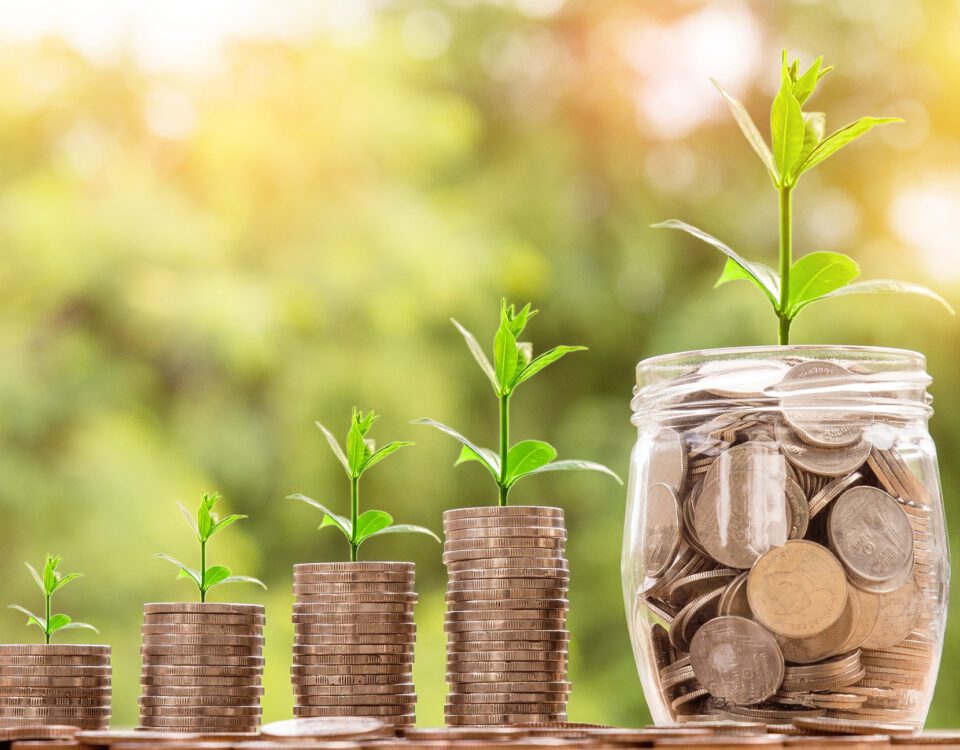 A new breath for an unknown future 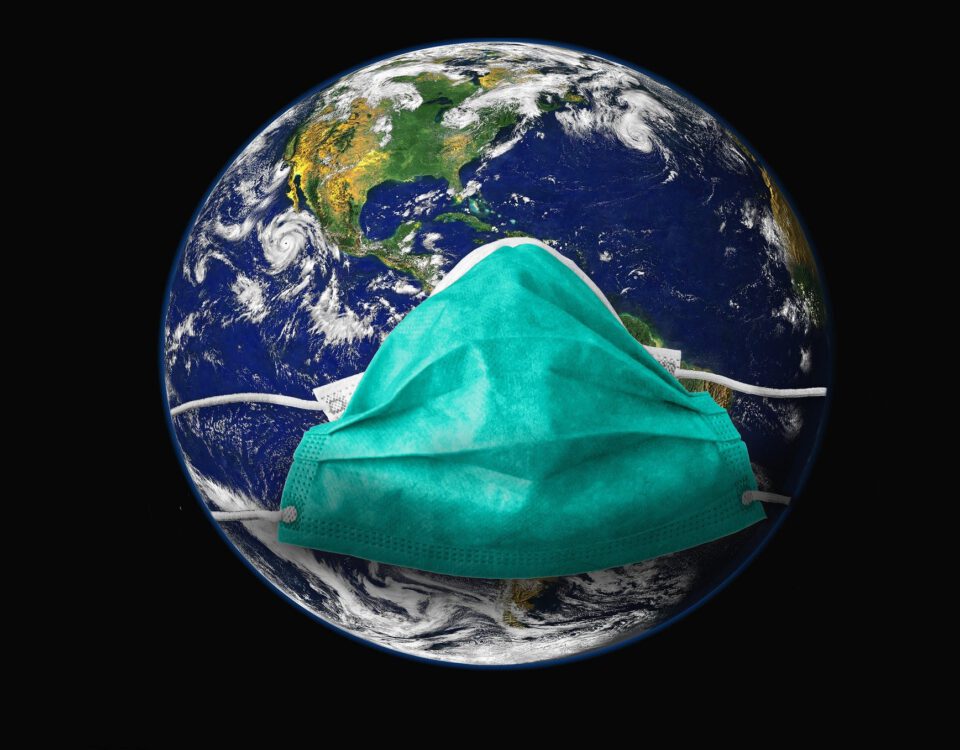